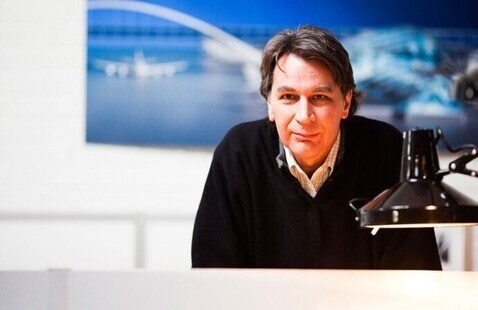 You must register to attend this lecture, Click Here to Register

Using examples of his own work as well as the work of his former colleague Mark Outman, Mr. Pickard will reflect upon the meaningful impact that their early professional relationships brought to their respective careers and architecture.

Jon Pickard, FAIA, RIBA  Principal, Jon Pickard has been recognized internationally for his achievements in architecture. He has designed or collaborated in the design of some of the world’s  most recognized buildings, including such prominent projects as the ExxonMobil Global Campus in Houston, Texas; Norfolk Southern’s new headquarters in Atlanta;  Northwestern Mutual’s new headquarters in Milwaukee; the Devon Energy Center in Oklahoma City, Oklahoma; 1180 Peachtree in Atlanta, Georgia; 300 North LaSalle  in downtown Chicago, Illinois; and, the CalPERS Headquarters Complex, in Sacramento, California.   Prior to the founding of Pickard Chilton, he collaborated with Cesar Pelli in the design of numerous landmark and award-winning projects, including two of the largest commercial developments ever built: the World Financial Center in New York, and Kuala Lumpur City Centre in Kuala Lumpur, a development that includes two of the world’s tallest buildings, the Petronas Towers.   Mr. Pickard received his Bachelor of Arts in Architecture from Iowa State University and his Master of Architecture from the Yale School of Architecture.

Mark A. Outman, FAIA, a proud Denver native, knew early on that Architecture was his calling. He completed his first internship with architect Charles "Chuck" Sink, who left a legacy of modernism in Denver. After completing a Bachelor of Architecture at Tulane University in 1980, he worked for Peter Dominick and Associates, HOK Architects, and Anderson Mason Dale Architects. Mark’s intellectual energy brought out the best in those that worked around him. Mark later earned a Master of Architecture in 1986 from Yale University in New Haven, CT, and joined Caesar Pelli and Associates, where he collaborated on many high-profile projects. After joining Fentress Architects in 1995, Mark lent his design sense and creativity to numerous remarkable civic projects including airport terminals, sport stadiums, city halls, courthouses, and museums – both nationally and internationally.

Mark received hundreds of awards, honors, and recognitions throughout his highly successful career. In 2017, Mark was recognized by the American Institute of Architects' College of Fellows for his contributions to the field of architecture. Mark will be remembered as a thoughtful and intelligent presence with a dry and subtle sense of humor.