SIAM GIVES Seminar - Duncan McGregor (Sandia), a seminar in the Department of Applied Mathematics and Statistics 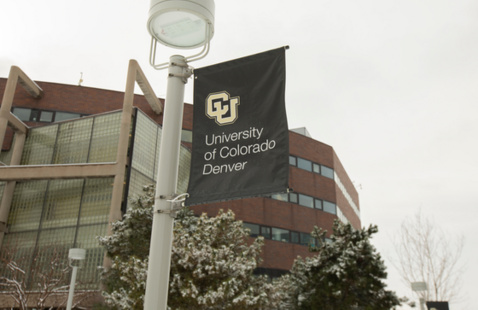 Student Commons Building, 4125 View map
Add to calendar
Save to Google Calendar Save to iCal Save to Outlook

SIAM would like to invite you to attend our final Government and Industry Vocation Exploration Series (GIVES) seminar of the semester at 11AM on 12/8. Students and faculty can choose to join us in-person in SCB 4125, or over zoom (our speaker with be virtual!) at https://ucdenver.zoom.us/j/93668235151.

Our speaker will be Duncan McGregor of Sandia National Laboratories.

Abstract: Pulsed power systems are a robust technology for the creation of high energy density environments. At a high level these systems can be thought of as a capacitator bank connected to a series of transmission lines, the driver, connected to a complex load, the target. These targets include imploding inertial confinement fusion targets such as those deployed on Z-machine or electron beam diodes which generate high energy bremsstrahlung radiation such as Saturn or Hermes III.  The physics of the target is often quite complex and three dimensional while the physics of the driver are often relatively straightforward wave propagation. However, the spatial scale of the driver is often very large (tens of meters or more) while the target can be very small (cm scale).  This scale difference is a challenge for traditional methods.

This talk will develop a method for simulating these systems which couples 3D electromagnetics to a reduced order model, the 1D telegrapher equations. In addition, we will cover verification and validation for the implementation and application of the scheme. As time permits, we will present extensions and open problems.

Speaker bio: Duncan McGregor is an applied mathematician working at Sandia National Laboratories. His research focus is on numerical methods for electromagnetic systems. A significant portion of time is devoted to scientific software development and the verification and validation of the resulting codes. His recent interests include preservation of discrete Gauss’ Law, complex plasma boundary conditions, and coupling to reduced order models such as circuits.

McGregor grew up in rural northern California in the foothills of the Sierra Nevadas. In 2011 he graduated from Pacific University, in Forest Grove OR, with a BS in Mathematics and minors in Economics, Physics, and Computer Science. He received a PhD in Mathematics from Oregon State University in 2016 under the supervision of Vrushali Bokil and Nathan Gibson. His dissertation was titled “Compatible Discretizations of Maxwell’s Equations with General Constitutive Laws.” In addition, McGregor worked as a summer intern at Los Alamos National Laboratory from 2013-2015 in the Applied Mathematics and Plasma Physics group where he worked with Vitaliy Gyrya on mimetic finite difference and virtual element methods. After graduating he joined Sandia Labs as a postdoc in 2016 working on indirect, arbitrary Lagrangian-Eulerian methods for extended magnetohydrodynamics under the direction of Allen Robinson. In 2017 he was converted to staff. In 2019 he joined the Plasma Theory and Simulation Department and has since worked on a next generation plasma physics code called EMPIRE.

We hope to see you on the 10th and that Duncan's talk GIVES you some motivation to pursue a career in numerical methods and electromagnetics!

This event will be hosted by the Department of Applied Mathematics and Statistics.